This route begins in South Central Nebraska on the north edge of the Flint Hills and meanders through Kansas ending in North Central Oklahoma. The route uses primarily gravel roads while occasionally using paved roads in urban areas. The Flint Hills eco-region is about 175 miles long and 50-75 miles wide: 6 million acres covering nearly 10,000 square miles. Often referred to as “The Last Stand of the Tallgrass Prairie,” it contains the largest remaining area of intact native tallgrass prairie - the last 4% of what was once the largest continuous ecosystem in North America. Too rocky to plow, the hills remain predominantly ranching and grazing land rich with wildlife, with cropland in the lower, flat valleys along larger streams. The area is sparsely populated and renewed by fire in springtime, suppressing growth of trees and shrubs. Prominent grass species are Big Bluestem, Little Bluestem, Indian Grass, and Switchgrass, growing alongside over a thousand species of wildflowers. Today’s “sea of grass” was literally covered by shallow seas 250 million years ago, resulting in limestone and shale rich with fossils of prehistoric sea creatures. The highest point is in Butler County with an elevation of 1680 feet. Oklahomans generally refer to the area as the Osage Hills.

This trail has no videos associated with it. 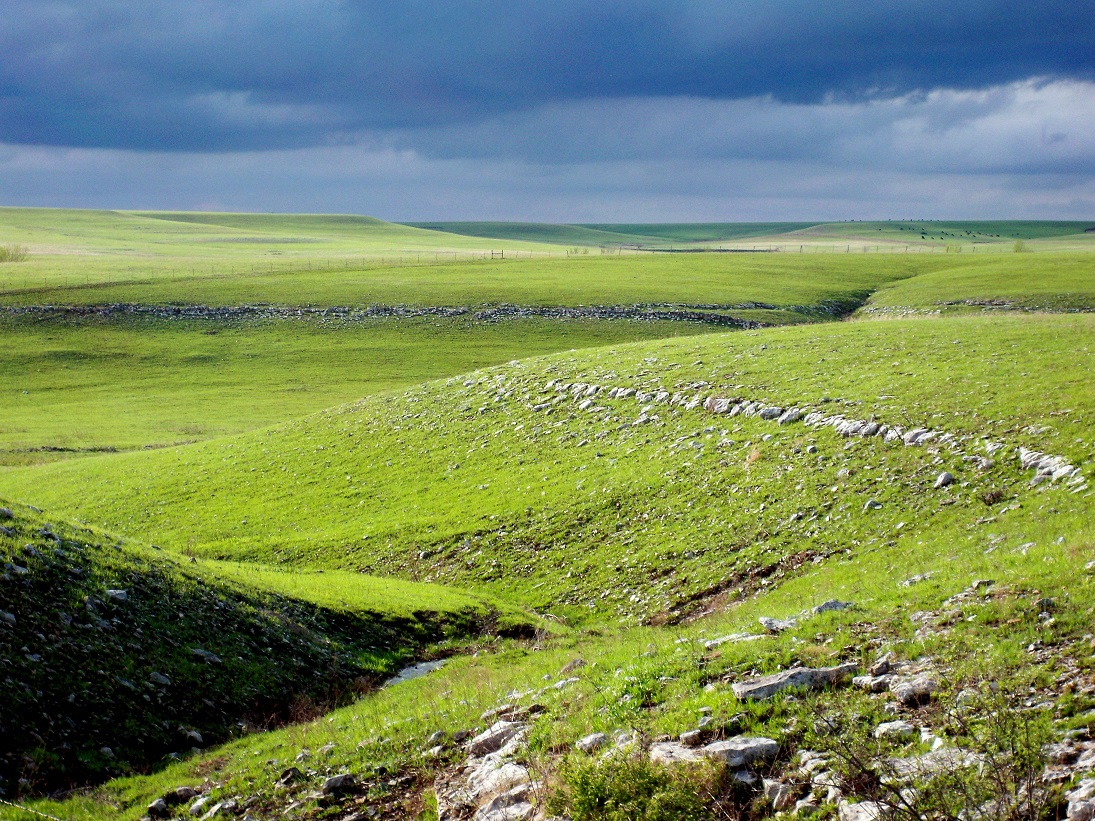